I read the audible version of this novel written from the young pre-teen daughter’s point of view. It’s about her life, first with an eccentric southern belle mother who couldn’t stand being displaced in Willoughby, Ohio and a father who couldn’t bear the strain of having what he defined a “mentally ill” wife. His solution was to take a job on the road and as a result, he was rarely home. Consequently, their daughter CeeCee was very much neglected by both parents and scorned by the prim and proper religious community. The saving grace was her kind, elderly neighbor, Mrs. Odel, who provided school lunches and shared Sunday brunches with CeeCee. Then, tragedy struck when the mom died suddenly in a freak accident. The father quickly agreed to a great aunt’s offer for CeeCee to live with her in Savannah.

Upon arrival in Savannah, CeeCee finds herself surrounded by an entire community of supportive, independent, and loving women who hearten her to feel the grief of her own lost life, her sadness over the loss of her mother, and the anger with her remiss father. Oh, this was the fulsome life in which her mother could have thrived — and for which she had longed — to revitalize her ailing spirit! Now CeeCee understood her mother’s eccentric ways much better. Why, the entire community was allowed to express their varied eccentricities and yet still find acceptance from one another. Just look at the feuding neighbors, Ms. Goodpepper and Ms. Hobbs who provided constant amusement to CeeCee’s life, as their differences — and even some similarities — became hilariously evident.

CeeCee’s Aunt Tootie provides a much-needed secure home environment. She teaches her neice about the internal fire embodied in each person and which must be recognized and embraced in order to thrive. Oletta, Aunt Tootie’s beloved cook and friend teaches CeeCee the gracious hospitality, etiquette, and good manners of southern folk from the colored community’s point of view, which included an important life lesson about revenge.

One might think this is a gloomy story but not so. CeeCee’s antics had me laughing and crying as the caring females gently — and sometimes firmly — assisted in her adaptation to her grand new life in Savannah. With outstanding narration by Jenna Lamia, Beth Hoffman has gifted us with her debut novel — such a jewel — I read it twice and highly recommend it! 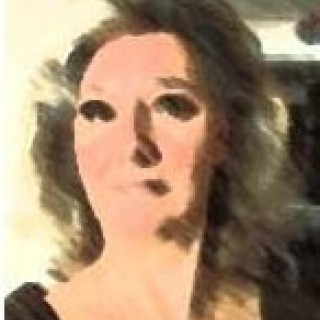